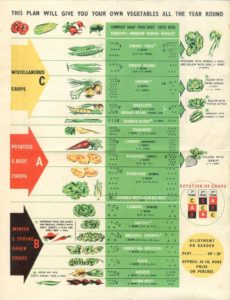 This leaflet, Dig for Victory no. 1 from the New Series, is, I believe, the most influential document ever in British gardening.

It was more than a cropping plan for a 10 rod plot. It was the basis of a growing system, the 3 course rotation, that is followed by many if not most vegetable growers today. Near 80 years after it was first produced.

Of course, crop rotation goes back much further than the Second World War but it was this campaign and this document that fixed this crop rotation system in the public mind.

The original Dig for Victory Series No 1 was entitled Vegetable Production in Private Gardens and Allotments and included a rotation chart and a growing chart. It was economically printed in black and white but this chart was produced later in the war and printed in four colours.

This was significant as it showed the war was going well enough to make the investment in colour production and the importance of home food production. Every ton of food produced at home instead of being imported meant that another ton of much need munitions could be imported instead.

It is noticeable that in 1941 and 1942 when the Battle of the Atlantic was going very badly for Britain, even the small black and white leaflets were reduced in size to save imported paper and ink.

The aim of the New Series was to even out home production so that instead of summer gluts and winter shortages. To ensure enough vegetables to carry people through to the next harvest would be grown. This was evident in the title: Grow for Winter as well as Summer

As well as the images of the leaflet, I’ve produced a pdf that you can easily print out. Dig for Victory Leaflet 1 New Series

Grow for Winter as well as Summer 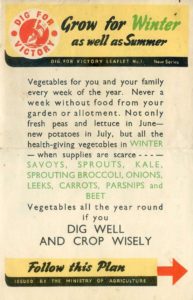 Vegetables for you and your family every week of the year. Never a week without food from your garden or allotment.

Not only fresh peas and lettuce in June— new potatoes in July, but all the health-giving vegetables in WINTER — when supplies are scarce – – — SAVOYS, SPROUTS, KALE, SPROUTING BROCCOLI, ONIONS, LEEKS, CARROTS, PARSNIPS and BEET

Vegetables all the year round if you 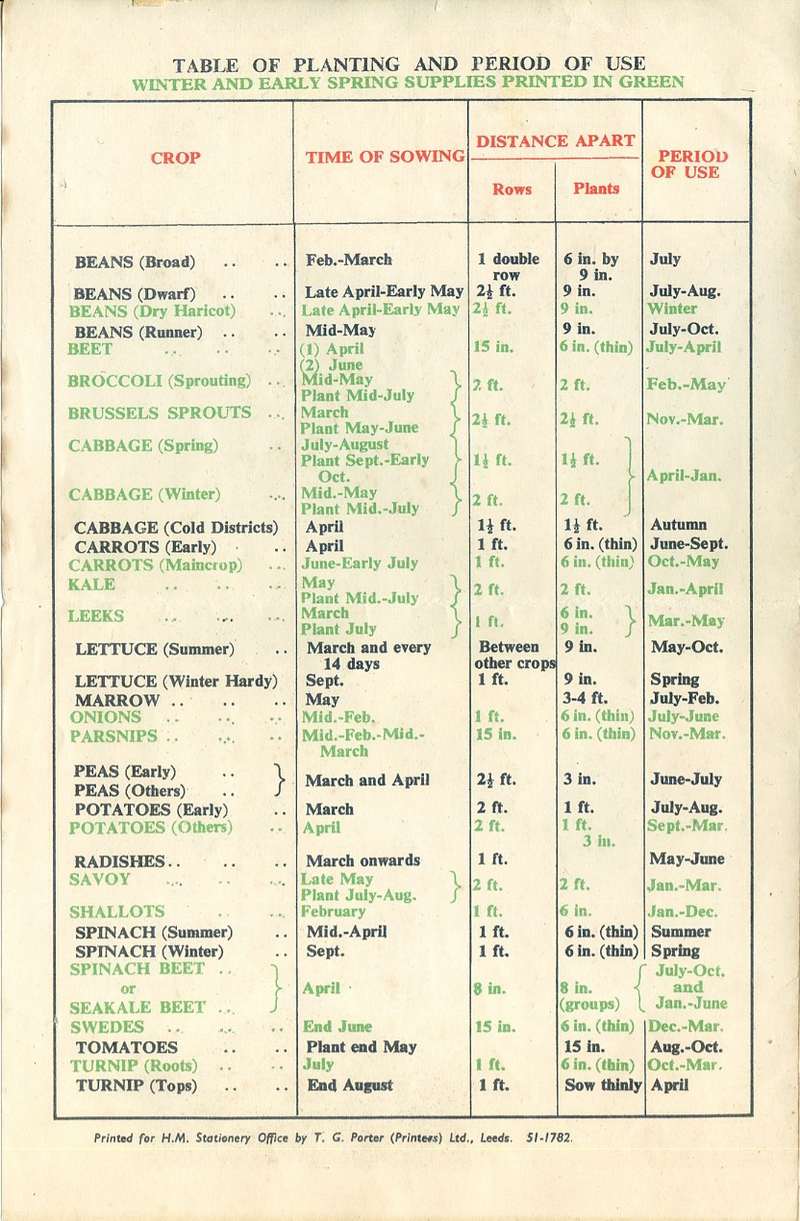