How to Grow Tomatoes DfV 8 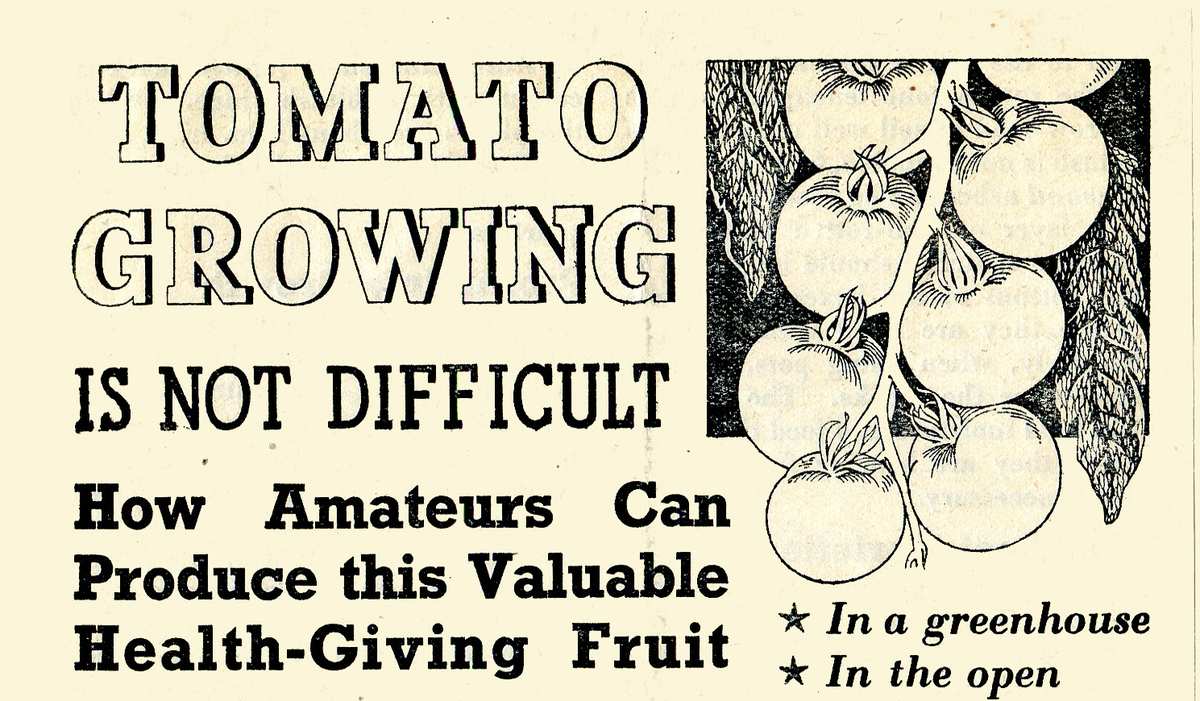 TOMATO GROWING IS NOT DIFFICULT

How Amateurs Can Produce this Valuable Health-Giving Fruit

DIG FOR VICTORY LEAFLET No. 8 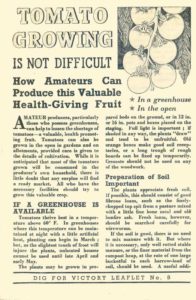 Tomatoes were popular pre-war but the main supplies came in from the Channel Islands, which were occupied early on in the war (30 June 1940) by the Germans. The British government, was aware that they did not have the resources to prevent this and the inevitable fighting if they tried would cause massive destruction and loss of civilian life. Those that could escape did and the rest were left to their fate until the end of the war. The Channel Islands were the only part of Britain to come under German rule.

As well as being popular, tomatoes contain a reasonable amount of vitamins and minerals. We now know that tomatoes, especially cooked tomatoes, are also valuable source of anti-oxidants. During the war they were not considered a crop worth committing much commercial resource to growing but most market gardeners found a little space for them.

Those with a greenhouse could easily grow a good crop of tomatoes and make some money on the side by selling them. Greenhouses were relatively expensive in the 1940s and 50s and very vulnerable in the towns to bomb damage. What glass was available was prioritised for repairs to housings.

This meant that greenhouse were in short supply and growing in the open outside of the south was risky but worth a try.

The original leaflet ran over 2 pages, 4 sides and I have stayed with a 4 page format but I’ve kept the topics together rather than being tied to the limitations of paper. My comments are in green.

This page of the dig for victory tomato growing guide concentrates on growing tomatoes in a greenhouse including preparation of the soil.

This page from the dig for victory guide covers what tomato varieties to grow and greenhouse control and cultivation of tomatoes.

This page covers growing tomatoes outdoors including the best varieties to grow for a crop in the British climate and harvesting.

This last page of the tomato growing guide covers how to store tomatoes along with the pests and diseases that tomatoes suffer from.