Judging by the response to the Ministry’s advertisements in earlier years, the tomato is crop No. I with war-time gardeners and allotment holders. Unfortunately, despite many warnings, some amateurs have been taken in every year by unscrupulous people who sell them tomato plants far too early for planting outside.

It is foolish to hope that the danger of frost is past until at least the end of May. As with so many gardening jobs there is no fixed date for planting ; it varies from about May 20 in the south-west to the end of the second week in June in the north.

Little is gained and much may be lost by rushing plants out of doors a week or ten days before the weather has warmed up. The plants do not grow away well, and if the nights are cold they turn a dark, unhealthy colour and are seriously checked.

Always buy your plants from a reliable supplier. A well-grown tomato plant should be sturdy and short-jointed-about 6 or 8 in. high, with the buds of the first flower truss visible in the head of the plant.

The distance between the leaves should be small and the leaves should, be dark and of a bluish tinge. As a rule, plants produced in pots are best for planting in the open. Avoid “leggy” plants at all costs. 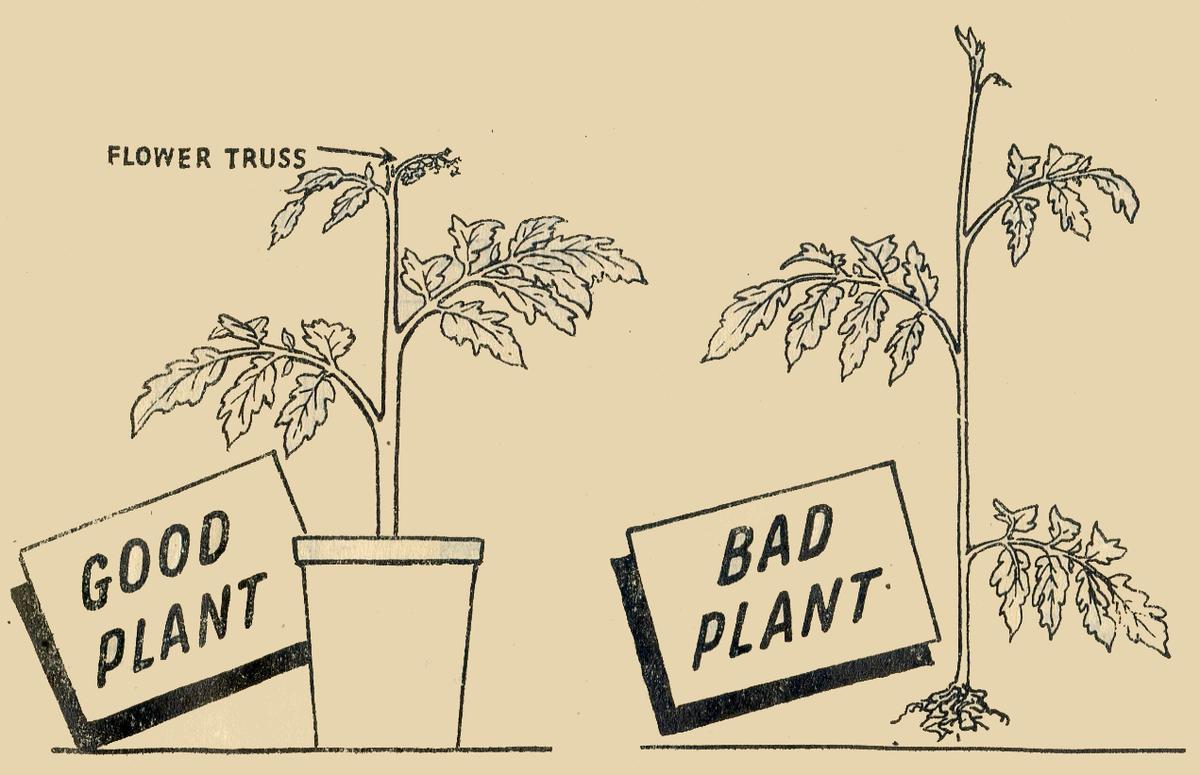 Growing tomatoes in Britain has always been risky, especially in the Midlands and North. With the change in climate that we’ve seen since the second world war, growing is less precarious than it was. In fact, I’d say anywhere in the south-east of the country, outdoor tomato growing is a safe bet in terms of temperature.

Following the instructions later in this guide on where to plant will certainly help a lot in the cooler areas but extra shelter or a greenhouse is a must in the coolest parts of the country.

Sadly the other problem with outdoor growing tomatoes is that they are more likely to get blight and since the war we’ve seen far stronger strains of blight arrive. Happily, the real cost of greenhouses has fallen hugely compared to what a war-time gardener would have had to pay – assuming he could actually get one!

The advice regarding purchasing tomato plants is excellent. Whilst today the quality of plants tends to be excellent, beware of bargain reductions from DIY chains. They may seem to be a bargain but a mistreated plant bought cheap will never perform as well as a top quality plant despite needing more time and effort to recover it.