“March winds and April showers,
Bring forth the May flowers.” 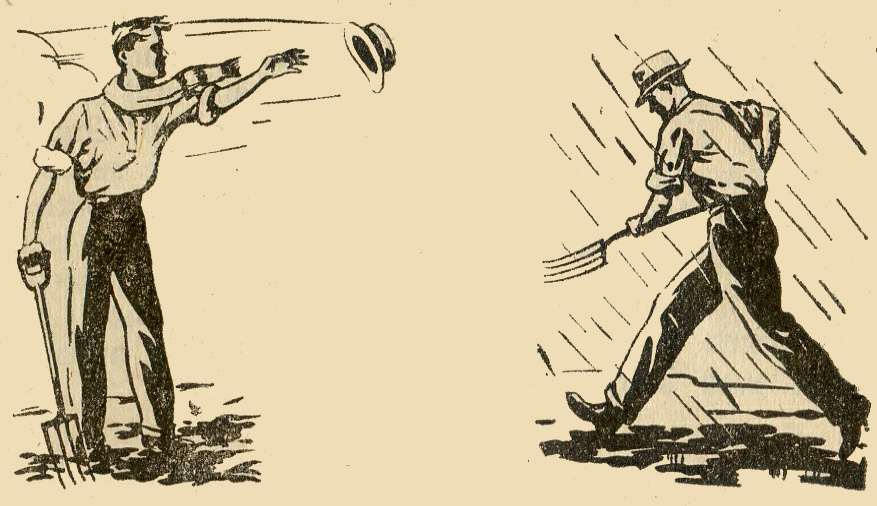 That was a peace-time couplet. “Not yet must the flowers invade the fat green hinterland of the war-time allotment”, a Northern newspaper recently declared. As it pointed out, fresh allotment produce – garden stuff, too – is going to be of immense value during the first few years after the war, when there will be a great strain upon road, rail and all transport.

The man who can grow his own produce on his own plot will not only be making an important contribution to a smooth transition from war to peace, but will also be looking after his own family interests best.

In hindsight it’s obvious the writer was gently trying to prepare the reader for the food shortages and privations of war to continue. There was general anticipation that the war was coming to an end, at least in Europe.

Allied armies crossed the Rhine in March 1945 and Soviet forces continued their unstoppable advance on the German capital, Berlin. Most of the public expected the German capitulation at any time.

The feeling at home was that everything would return to normal and rationing would cease along with the blackout regulations. The government was well aware that wasn’t going to be the case.

For a start, the war with Japan was far from over and looked set to carry on for at least another year. Regardless of that, the country was on its knees. There was no way that imports of food would return to pre-war levels immediately – there just wasn’t the money to pay for it.

The Ministry does not rule out flowers altogether. As the Northern newspaper happily put it: “Now and again an allotment holder will disinterestedly set himself to cheer us all up by bedding out – in true peace-time parkland style – with lobelias, geraniums, pansies – just a happy fringe of them along the hem of his plot.”

The Ministry itself has said, in effect, that not more than one-tenth of peace-time flowers should be grown, but the paper puts it better with its phrase “just a happy fringe”, adding “But behind this gay facade wholesome produce grows in abundance”. 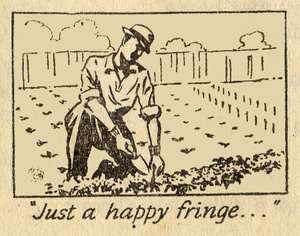 The government, or at least the civil service, weren’t fools. They realised that they had to at least relax some of of the wartime rules. The pent up pressure of the frustrations that were held in check by the social pressures of patriotism would explode if not released to some degree.