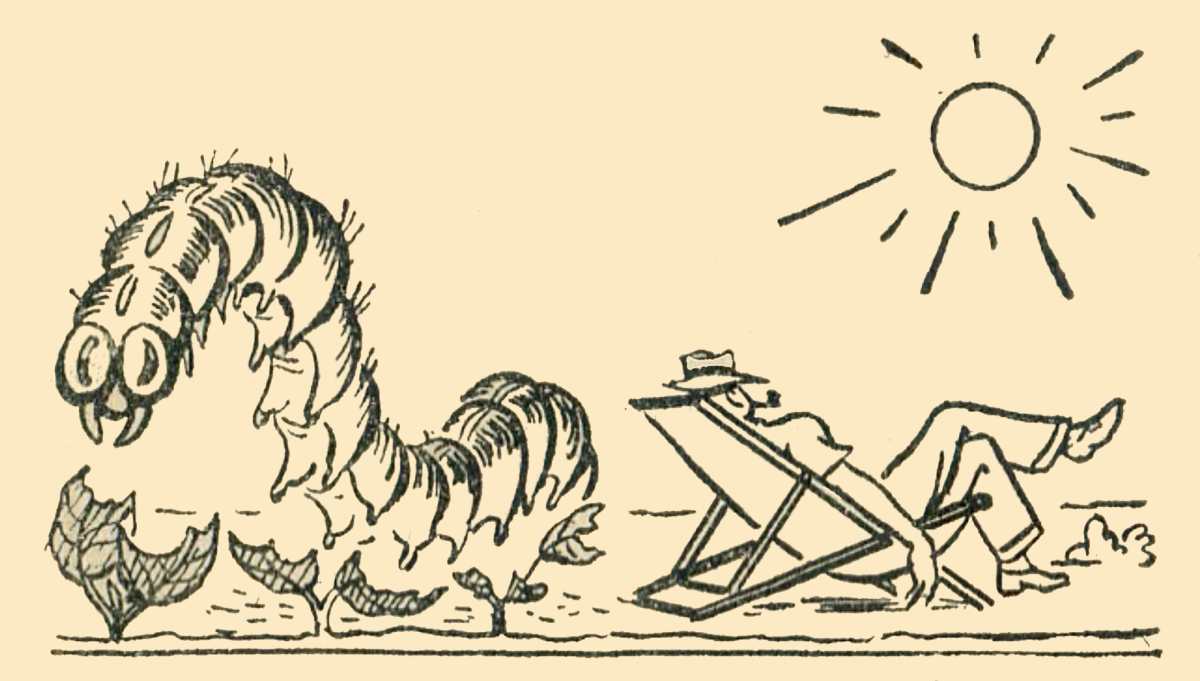 “The summer looks out from her brazen tower,
Through the flashing bars of July.”

Well, given that kind of July weather—though with our climate we can never be sure—we shall feel like taking a snooze in the deck chair or lying down under a tree, instead of getting on with those gardening jobs that must be done.

But we must not make the mistake of thinking that this month the garden can be left to take care of itself. For the weeds grow as well as the vegetables, and pests and diseases can quickly spread, if not checked at the start.

So even if you feel like “just a little sleep, a little slumber, a little folding of the hands to sleep,” don’t indulge that feeling too often, and do keep that hoe going, to check the weeds. And watch out for those pests.

For instance, the “Cabbage White” butterfly is now on the wing; too soon its caterpillars may be gorging on your greenstuff. Your first method of attacking these garden enemies is to destroy the colonies of eggs by crushing them between thumb and forefinger. It’s not a pleasant job but it must be done. Then, if the caterpillars do appear, destroy them by hand-picking, or dust or spray with derris (see April Guide). 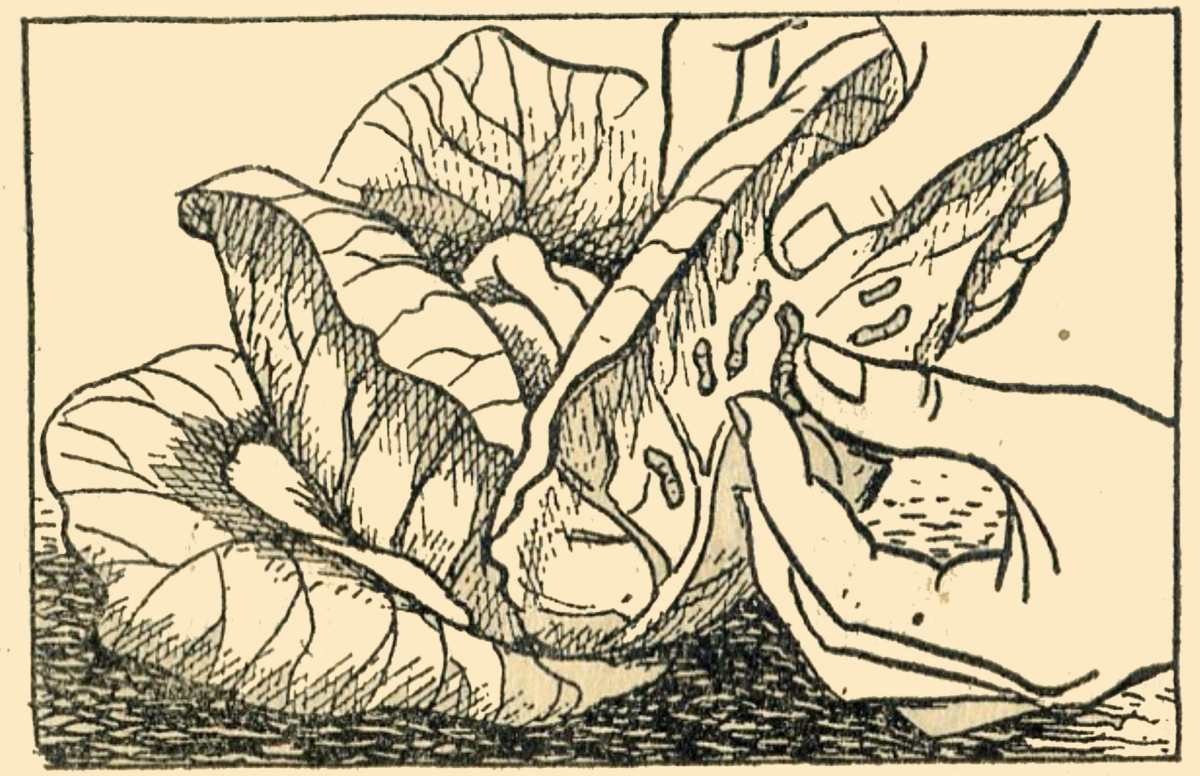 Some people complain that they have tried derris dust with little or no effect. Well, either the dust was too old and had lost its killing property, or only one dusting was given.

As successive broods of caterpillars hatch out, further dustings are necessary; fresh derris applied as soon as caterpillars are seen will help to control them. A dusting machine is a great convenience and the dust should be applied when there is dew on the leaves. Always try to get the dust right into the centre of the plants.