“It is the month of June, The month of leaves and roses. When pleasant sights salute the eyes. And pleasant scents the noses.” 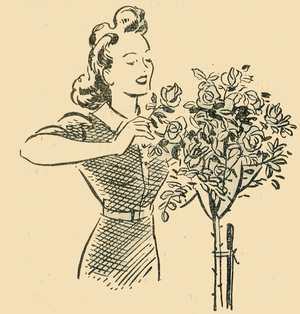 To the poet “June rose by May dew impearled” may have been among the possible best things in the world; but in these strictly utilitarian times we gardeners and allotment holders may feel that the sight of our vegetable plot coming along nicely with a variety of crops is not only a distinctly pleasant sight but a solid insurance premium against that threatened world food shortage which has now become a reality. 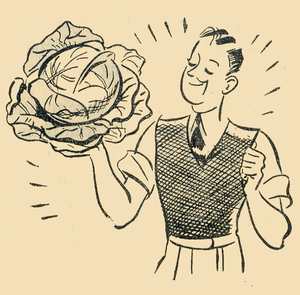 The Minister of Food has told us that this will be the tightest -of the war years so far as food supplies are concerned, so readers of this Guide, who are undoubtedly the “wise virgins” of the parable, will be patting themselves on the back that they did not rest on their spades, but continued to “Dig for Victory”—not only victory in the fighting war, but victory in the economic struggle for existence that will be the aftermath of war.

Although the war in Europe had ended with Germany’s unconditional surrender in the preceding month of May, it continued in the east as the Japanese forces desperately tried to hold back the Allies inexorable advance.

Whilst some wartime regulations like the black out were relaxed in Britain, the euphoria of VE (Victory in Europe) day was over. The realisation that there was still much to be done was sinking in with the man on the street.

Shipping was needed more for war material for the Japanese conflict than food for the home civilian population. We, along with the other allied powers, were responsible for feeding the Germans whose food production and distribution had been effectively destroyed. The average German worker was on a ration that provided just 1200 calories – starvation rations.

In Holland things were desperate – the Germans had deliberately starved the population, possibly an attempt to deflect the allied assault from their homeland. People were dying of malnutrition.

Even if the war had completely ended and the shipping was available, Britain couldn’t afford to buy food abroad as it once did. Simply put, the housekeeping had been spent on bullets.