Between the beginning of December and the middle of January plum and damson trees should be sprayed once with the tar oil or D.N.C. spray recommended for apples. On no account should spraying be delayed after the end of January, or the crops may be seriously reduced.

Notes. When plum trees are grown on walls, the date of spraying must be decided by the condition of the buds; usually, spraying should be completed before the end of December.

If Fruit Tree Red Spider is prevalent, a spray of 1/4 pint of lime sulphur to 3 gal. of water should be applied after the flower petals have fallen.

For Winter Moths, grease-band as for apple trees 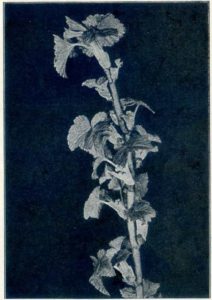 Between the beginning of December and the middle of January for gooseberries, and up to as late as the end of January for blackcurrants, the bushes should be sprayed with the tar oil or D.N.C. wash recommended for apples and pears. By choosing a date between early December and mid-January, it is possible to spray at the same time apples, pears, plums, blackcurrants and gooseberries.

Blackcurrants only. ” Big Bud ” (a disease caused by the Blackcurrant Mite) is often prevalent in gardens. It can be treated by spraying with I pint of lime sulphur to 3 gal. of water when the leaves are about the size of a shilling and when the flower buds show as miniature bunches of grapes (Fig- 3).

The Mildew may be controlled by spraying with lime sulphur, but as certain varieties of gooseberry are very susceptible to damage from lime sulphur, spraying should only be carried out under advice unless the grower is already familiar with the treatment.

The caterpillars do not occur sufficiently regularly to justify routine spraying, but when they appear they may easily be controlled by spraying with the Derris wash described below for raspberries.

Maggots (the grubs of the Raspberry Beetle) are the most serious pests of raspberries, but the damage they cause may be controlled by spraying or dusting with a Derris insecticide about three weeks after the fall of the flower petals, i.e., just when the earliest berries are turning pink. The spray should be prepared by mixing 3 oz. of Derris powder (finely ground) and 1/2 Ib. of soft soap with 10 gal. of water. If a proprietary Derris compound is used, the maker’s directions should be carefully followed.

Loganberries may be treated in the same way and at the same time as the raspberries.